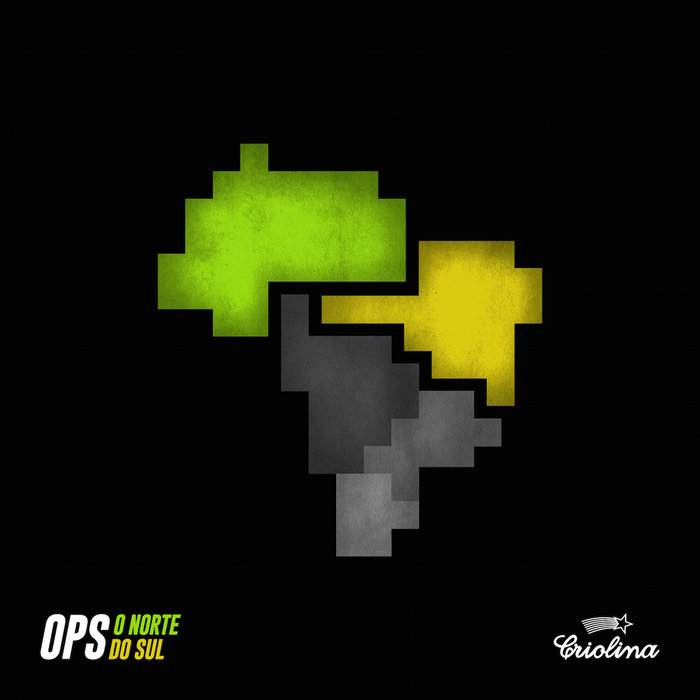 Ops is an actor, visual artist, DJ and music producer. He is part of Criolina crew, that since 2005 produce, research and promote culture in Brazil's capital. O Norte do Sul EP is his first solo release.

With his ears opened to the new sounds from the north of the south hemisphere, the EP brings the groove from the brazilian north and northeast and presents a sound that refers to the early history of electronic music, the soundtrack of the first video games and sci-fi movies.

Both the instrumental music from the north and northeast of Brazil and the first experiments with synthesizers, feature loops of melodic patterns. In lambada, guitarrada and baião, who leads the arrangement are the riffs of rabecas, sanfonas, pífanos, guitars and brass. Role that in the electronic music is played by the arpeggios. Aware of this, Ops transported Brazilian themes to the dancefloor universe, in a eletro-tropical atmosphere.

In addition to Brazilian and Caribbean rhythms, You can notice the influence of African music, especially from Angola -like Zouk and Kizomba - which he acquired during the time he lived in Lisbon, where he produced O Norte do Sul EP.

Bandcamp Daily  your guide to the world of Bandcamp

MF DOOM is given his flowers, plus appearances from MC Jada Imani and Stanley Ipkuss